GSL Biotech announced today that the company will sponsor iGEM teams for the third year in a row with complimentary access to company’s molecular biology software product SnapGene. More than two hundred teams worldwide compete every year in iGEM, a leading undergraduate Synthetic Biology competition. Aline Glick, VP of Product Management at GSL Biotech remarked, “We have been proud to follow the progress of the teams we sponsored in 2013 and 2014, and are thrilled to be able to continue to support the work of young scientists through the 2015 iGEM competition.”

In 2014, GSL Biotech sponsored twenty-three teams with complimentary SnapGene subscriptions. The teams distinguished themselves at the Giant Jamboree with innovative research and awards. Twenty-one of the teams placed, with eleven gold medals, four silver medals, and six bronze medals, as follows:

The teams were enthusiastic about the value that SnapGene brought to their projects. Sven Bitters of the Tuebingen team said, “We handled 12 different constructs in 3 different plasmids and that would have been impossible without SnapGene. Our cloning was easily planned through before anyone even touched a pipette. Long before last year’s sponsoring expired the first order of business for next year’s team was clear: Getting new SnapGene licences! Can’t imagine cloning without it.”

Eric Holmes of the Cornell team said, “SnapGene is an invaluable tool for the Cornell iGEM team. When working with many modular DNA parts, SnapGene’s construction and cloning tools help ensure that our project planning is sound. SnapGene’s user-friendly design has also greatly helped the team with training of new members, helping them visualize the DNA cloning process and primer design.” 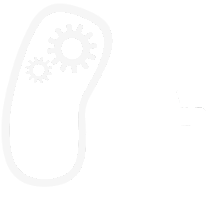