Learn how SnapGene can simulate Gibson Assembly to assemble DNA fragments into a plasmid without using restriction enzymes.

Gibson Assembly® is a popular way to insert fragments into a plasmid without using restriction enzymes. To simulate this method, SnapGene provides an intuitive interface.

For Gibson Assembly, PCR amplify the DNA segments to create overlapping ends. Then incubate the amplified products with assembly enzymes, and transform the mixture into bacteria.

SnapGene simplifies Gibson Assembly by automating the primer design. To plan a Gibson Assembly reaction, just select the DNA fragments that you wish to join, and SnapGene will choose suitable primers. 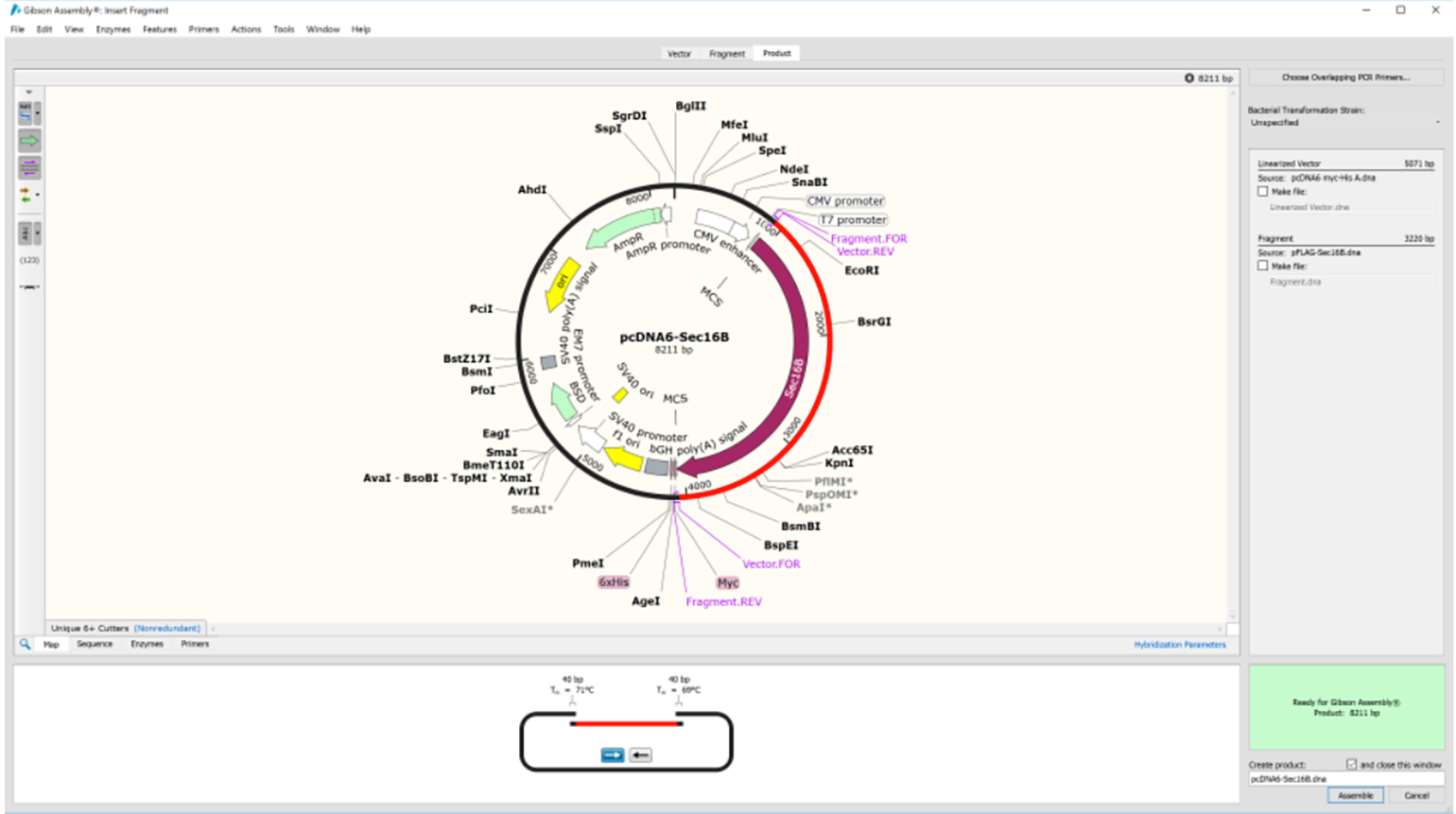 How to Simulate Gibson Assembly

A step-by-step guide on simulating a simple Gibson Assembly cloning experiment in SnapGene.

How to Simulate Multi-Insert Gibson Assembly

Watch this tutorial video and learn how to simulate multi-insert Gibson assembly in SnapGene.

“SnapGene helped us a lot in the planning of our Gibson assemblies and restriction cloning steps, as well as the design of our award-winning promoter collection. I think there was not a day when we didn’t use the software.”

Step by step instructions for Gibson Assembly® with SnapGene

Discover the most user-friendly molecular biology experience
Try for Free